Swedish energy use differs from most other countries in Europe. Sweden uses almost no fossil gas and is therefore much less vulnerable in the current gas supply situation. "We made an important choice fifteen years ago when we aborted the expansion of the gas network. Instead, we continued the expansion of bio-based heat and electricity production,"  says Gustav Melin, CEO of the Swedish Bioenergy Association (Svebio). 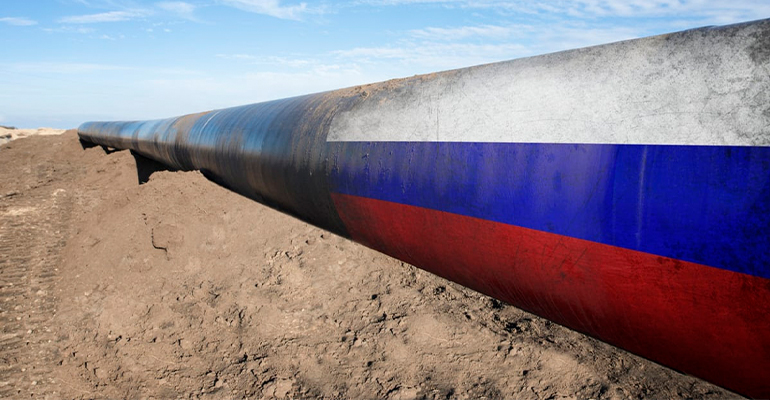 Fossil gas accounts for about 25 percent of energy use in the EU, and almost half of this gas comes from Russia. The EU’s dependence on gas, and especially Russian gas, has increased in recent years.

In Sweden, fossil gas accounts for only two percent of energy use.

"We made an important choice fifteen years ago when we aborted the expansion of the gas network. Instead, we continued the expansion of bio-based heat and electricity production. In hindsight, the right choice as today, we have better security of supply and lower costs for energy imports when prices of fossil fuels rise," said Gustav Melin.

In many European countries, fossil gas accounts for a large part of the heat supply. In Sweden today, almost no fossil fuels are used for heating, either in individual households or in heating and cogeneration plants.

"Through our high carbon dioxide tax, we have also replaced almost all oil used for heating in individual properties and district heating plants. There are about 550 heating and cogeneration plants in Sweden that use biomass fuels or biogenic waste. This means that we are very well equipped for an energy crisis. The biomass fuels are for the most part domestic and cheap compared to today’s price of oil and gas," Gustav Melin said.

Most renewable energy in Europe

The share of renewable energy in Sweden is 60.1 percent. More than half of this is bioenergy, which accounts for 38 percent. For the EU as a whole, the corresponding figures are 22 percent and 13 percent, respectively.

"We can become further independent of imports of fossil fuels and reduce the climate impact by making the same change in the transport sector as we have done in the heating sector, from fossil fuels to renewable biofuels. A continued rapid fuel change via the reduction obligation and increased domestic production of biofuels is important for Sweden’s ongoing security of supply," ended Gustav Melin.

Thank you for subscribing to our newsletter. You have been added to our distribution list.